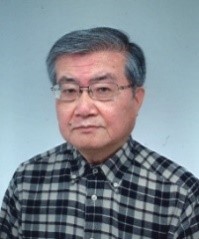 Kiyoshi graduated from Sophia University (Jesuit) in Tokyo and started a teaching career at Koka Gakuen Junior & Senior High School run by the FMI in Tokyo.  It was at that time he was baptized.  At the same time he began to study about the Marianist Family and MLCs and became one of the founders of the initial MLC called “Sodality” with support from FMI sisters and SM priests in the1980s.  The group grew year by year and there were more than 200 people at the turn of the century.  During 2000 to 2015 he left the Tokyo area to teach school away and was not able to attend regular meetings.  When he returned in 2016  he again was able to participate in MLC activities and took over the position of Education in the Sodality.  Then in 2018 he became the Responsible for Japan.

Kiyoshi has read books about Fr. Chaminade and studied his thoughts.  He is especially interested in the concept of the “Three Offices.” Each year MLC Japan has a seminar for Koka Gakuen elementary pupils showing them who is Fr. Chaminade, Sr. Adele Tranquelleon, and about activities of the MLC all over the world.  Currently, MLC Japan has nine communities in Tokyo area and two communities in other areas. He visits these communities whenever he has time to talk with these members.